Wow, what a great article. Is this you? – Hughes it Or Lose it?

Does Who You Are Match What You Say?

Why (and how) to live a life of integrity

Integrity is a standard of personal morality and ethics. It is not relative to the situation and doesn’t sell out to expediency. Its short supply is getting even shorter. But without it, leadership is a façade.
Related: What Does Integrity Mean, Anyway?
Learning to see through exteriors is a critical development in the transition from adolescence to adulthood. Sadly, many people continue to be taken in by big talk and media popularity, flashy looks and expensive possessions. They move through their life convinced that the externals are what count, and are thus doomed to live shallow lives. Men and women who rely on their looks or status to feel good about themselves inevitably do everything they can to enhance the impression they make—and do correspondingly little to develop their inner value and personal growth. The paradox is that the people who try hardest to impress are often the least impressive. Puffing to appear powerful is an attempt to hide insecurity.
In the Roman Empire’s final corrupt years, status was conveyed by the number of carved statues of the gods displayed in people’s courtyards. As in every business, the Roman statue industry had good and bad sculptors. As the empire became increasingly greedy and narcissistic, the bad got away with as much as they could. Sculptors became adept at using wax to hide cracks and chips in marble and most people couldn’t discern the difference.
Statues began to weep or melt under the scrutiny of sunlight. For statues of authentic fine quality, carved by reputable artists, people had to go to the artisan marketplace in the Roman Quad and look for booths with signs declaring “sine cera,” which translates to, “without wax.” We, too, look for the real thing in friends, products and services. In people, we value sincerity more than almost any other virtue. We expect it from our leaders, politicians, media outlets, business leaders and sports greats. And we must demand it of ourselves.
Related: Rohn: 7 Personality Traits of a Great Leader
Integrity that strengthens an inner value system is the real human bottom line. Commitment to a life of integrity in every situation demonstrates that your word is more valuable than a surety bond. It means you don’t base your decisions on being politically correct. You do what’s right, not fashionable. You know that truth is absolute, not a device for manipulating others. And you win in the long run, when the stakes are highest.
If I were writing a single commandment for leadership, it would be: “You shall conduct yourself in such a manner as to set an example worthy of imitation by your children and subordinates.” In simpler terms, if they shouldn’t be doing it, neither should you. I told my kids, “Clean up your room,” and they inspected the condition of my garage. I told them that honesty was our family’s greatest virtue, and they commented on the radar detector I installed in my car. When I told them about the vices of drinking and wild parties, they watched our guests at adult functions from the upstairs balcony.
Some of our political and business leaders don’t understand that what you are speaks so loudly that no one really pays attention to what you say. But even more true is that if what you are matches what you say, your life will speak forcefully indeed.
It’s hardly a secret that learning ethical standards begins at home. A child’s first inklings of a sense of right and wrong come from almost imperceptible signals received long before he or she reaches the age of rational thought about morality. Maybe you’re asking yourself what kind of model you are for future generations, that people are either honest or dishonest, that integrity is all or nothing, and that children can’t be fooled in such basic matters. They learn by example.
To remind myself of my responsibility to live without wax, with sincerity and integrity, I took the liberty of rewriting Edgar A. Guest’s poem, “Sermons We See” to apply to setting an example as a real winner for my children and grandchildren.
I’d rather watch a winner, than hear one any day.

I’d rather have one walk with me, than merely show the way.

The eye’s a better pupil and more willing than the ear.

And the best of all the coaches are the ones who live their deeds.

For to see the truth in action is what everybody needs.

I can soon learn how to do it, if you’ll let me see it done.

I can watch your hands in action, but your tongue too fast may run.

And the lectures you deliver may be very wise and true.

But, I’d rather get my lessons by observing what you do.

For I may misunderstand you and the high advice you give.

But there’s no misunderstanding how you act and how you live.

I’d rather watch a winner, than hear one any day.
Don’t tell me how to live. Show me by your actions.
When you talk to others, don’t try to impress them by talking about your accomplishments. Let your actions speak for you.
Related: 9 Tips to Help You Strengthen Your Integrity
– See more at: http://www.success.com/article/does-who-you-are-match-what-you-say?id=V1HcK8q1gb#sthash.cFBfDj9Z.dpuf 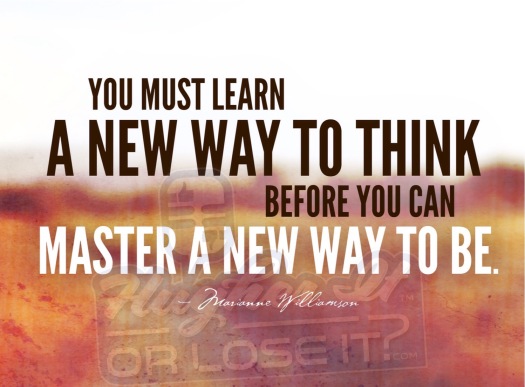